Book Direct with the Owner at Pericles Greek Tavern in Earlwood with VIC Tourism for all your restaurant and entertainment needs.

Pericles, meaning "surrounded by glory" was a prominent and influential statesman, orator, and general of Athens in the city's Golden Age.Pericles had such a profound influence on Athenian society that Thucydides, his contemporary historian, acclaimed him as "the first citizen of Athens".

Pericles promoted the arts and literature; this was a chief reason Athens holds the reputation of being the educational and cultural centre of the ancient Greek world. He started an ambitious project that built most of the surviving structures on the Acropolis (including the Parthenon). This project beautified the city and exhibited its glory. We transfer all the glory of that era to you through our food and our restaurant. 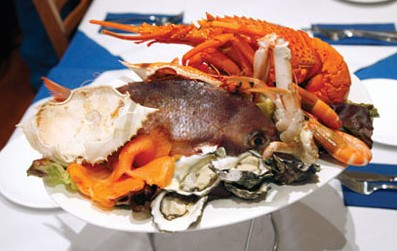 VIC Tourism welcomes Pericles Greek Tavern in Earlwood NSW 2206, we provide a friendly relaxing restaurant and bar. Pericles Greek Tavern is a great place to unwind with a cold drink, an ideal place to watch and forget about the hustle and bustle while you enjoy a freshly brewed coffee or a snack from our affordable specials menu.

Is Pericles Greek Tavern in Earlwood your property on VIC Tourism, please claim your listing and subscribe to update your contact details and receive your phone calls and emails from your clients.